There are two Travelling Luna Parks in Switzerland:

Both Luna Parks have very carefully planned tours that they follow each year, but deviations can occur. Some years they might also settle at specific events that attract many visitors such as expositions, concerts, sports events etc.

The yearly schedule below shows the tour of Luna Park (Romandy) that tours the french speaking part of Switzerland.

Some years the Swiss Luna Park also settles in smaller cities such as Morges and Bulle. This happens occasionally and is therefore difficult to include on this website.

In the Italian and German speaking part of Switzerland,  the Luna Park has been run by a single family, the Pelleranis, for more than a century – that is where the name “Luna Park Pellerani” comes from. It is also called “Luna Park Ticino” because the family tours Ticino from March to November.

You can read more about Luna Park Ticino/Pellerani here.

Sizes of the Swiss Luna Parks

The sizes and durations of the Luna Parks in Switzerland varies; the largest, longest and most well-known are those of Geneva and Lausanne followed by Luna Park Ticino respectively. The rest are quite small and almost only known by the locals.

The map below shows the tour plan of Luna Park (Romandy). The tour starts in the beginning of March in Sion and ends in the end of August in Payerne. 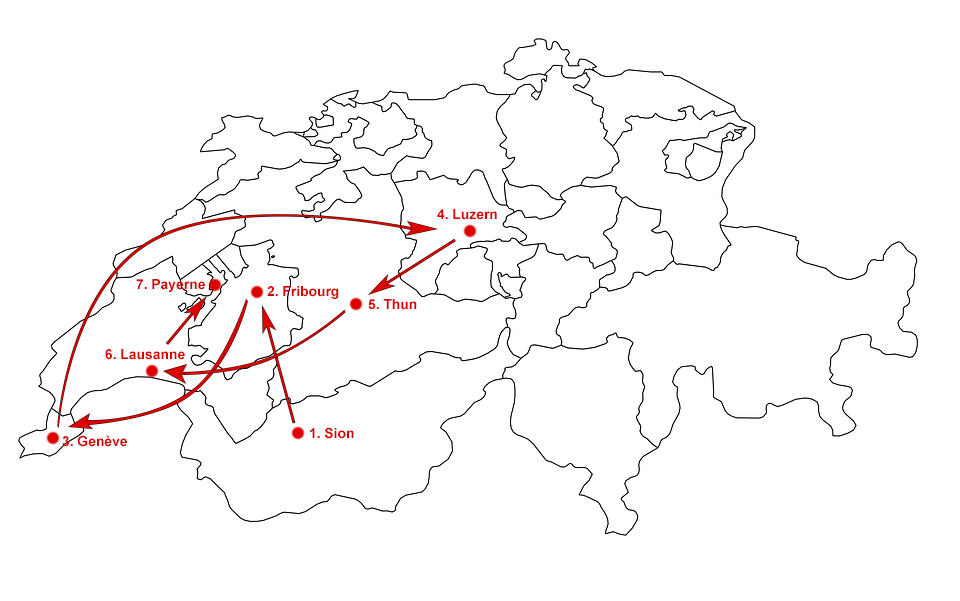 The map below is made with Google MyMaps and shows an interative version of the map above.

All Luna Parks in Switzerland

The map below shows all the Luna Parks in Switzerland.